I’m currently working as a Producer/Director – you can see some of the amazing projects I’ve worked on below! For a full list of credits, please see the credits page.

Senior Story Producer
Mysteries from Above with Saloon Media

This new series for Cottage Life looks at a range of mysteries of history, science, and the natural world, through beautiful and surprising visuals as views from above uncover a new perspective. Due to air on the preview of Cottage Life in 2022.

Producer
History by the Numbers with Saloon Media

This new series for Curiousity Stream and Smithsonian Channel Canada uses the lens of numbers to look at a huge range of tops, from Fast Food to Mount Everest, the Gender Gap to the Great Migration. It’s fast paced, fun, and irreverent. Keep an eye out for it in early 2022.

Co-Producer
History of the Sitcom with Cream Productions

This exciting new series takes a look at the history of America through the lens of the sitcom. We’re covering a huge number of fantastic shows and classic tv scenes, interviewing the amazing on-camera and behind the scenes talent, along with expert historians and critics to bring the full picture of the role of sitcom in American life, history, and culture.

I was lucky to be involved in this living history series from the beginning – as history producer, I built up the in-depth resource that all of the directors used for scripting their episodes. This meant uncovering the specific historic turning points and day to day life of the corner shop, in addition to covering momentous events and social history trends across the 20th century.

Producing episode four, the 1970s, meant refocusing on bringing the history to life as scripted by the episode’s director. This involved sourcing functioning historic key items for the shop, managing the art team to ensure they sourced and created all the stock to highlight the key revelations across the episode, managing the family, talent, and crew, and ensuring everything went smoothly, including handling last minute crises, during the shoot.

It was an adventure, and one of the most challenging shows I’ve ever worked on, and I’m certain it will be a joy to watch.

It was a delight working with this engaging, clever team on various ideas for daytime, peak, and children’s television – series, one-offs, 3 parters etc. Never a dull moment.

This immersive series was filmed with over a thousand cameras by the very people who’s lives are affected on a daily basis by some of the worst weather our planet has to offer. My role focused on gaining access to companies and individuals in a rarely seen world, the ‘dirty jobs’ off-shore who must face extreme weather at sea. Thanks to a successful pitch and greenlight, this series premiered in 2020.

In this rich, pleasurable series, journalist Steph McGovern lead four contemporary craftspeople on a journey into Britain’s manufacturing past to celebrate and reveal the incredible, surprising stories behind some of the iconic products that made the UK famous around the world.

Our team of craftspeople, led by Steph, will travel the country and go back in time, exploring a different city and the historic craft associated with it in each episode.

Guided by celebrated experts, they’ll create several key items that represent each trade to understand how it has changed through time, from its origins right up to the modern day, using real instruction manuals, log books and diaries and the tools of the day.

Across six episodes we’ll see a vast array of incredible makes, from shoes in Northampton and cutlery in Sheffield to cheese in Wensleydale. We find out how whole cities were shaped by making these iconic products and the sense of regional pride this brought. Alongside this, our presenter will reveal how each of these items shaped the broader economic and social history of Britain.

Killer Beside Me exposes the dark underbelly of workplace evil, where rivalry romance and the abuse of power culminates in a brutal slaying. Each episode in this six part series re-tells the shocking events leading to one workplace murder. Every story is so compelling and terrifying because they are all relatable. The audience will recognise the familiar surroundings and the personalities of both victims and killers. We’ve all worked with people like them.

Key to each episode is the ‘real media’ accompanying our interviewees’ testimony. Personal items from the victims themselves, harrowing 911 calls, crime scene photographs, surveillance footage of the killer at work – all bring the audience closer to the ordinary people whose lives have been shattered by workplace murder. Drama recreations of the stories’ most dramatic moments enhance each episode and reveal the tragic results of not escaping the monster working alongside you.

When night falls and you’re the only one at home, the coziest of houses can transform into a sinister, unfamiliar labyrinth. A noise in the yard or an unfamiliar shadow down the hall can send shivers down the spine, especially when you discover there is someone else in the house. In the suspense-filled new series Home Alone, a quiet suburban house becomes the setting for unimaginable horror. Highlighting stories of revengeful exes who refuse to disappear, the victims find that the walls around them are no longer a safe sanctuary. 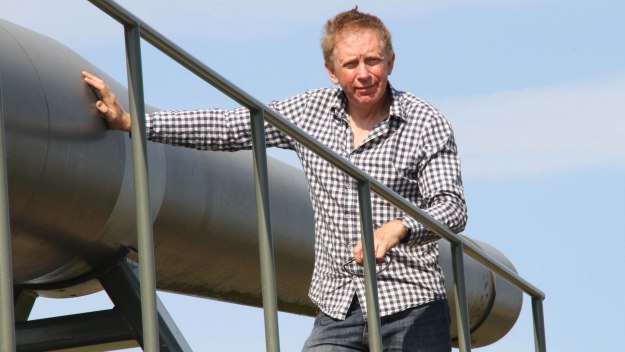 By the spring of 1943, for the first time since the beginning of World War II, Hitler was on the back foot. As Allied bombs rained down on German cities, the Fuhrer was determined to hit back. He drew up plans for the biggest gun the world has ever seen: the V-3 Supergun. From its bunker buried deep in a French hillside, this monstrous 25-barrelled cannon was designed to reduce London to rubble, and turn the course of the war back in Hitler’s favour.

In a race to knock out the supergun, the allies dreamt up their own miracle weapons. The Americans devised the world’s first ever drone: a remote controlled heavy bomber packed with explosives levelled at the gun’s stronghold. The British drafted in Barnes Wallis, the genius behind the bouncing bomb. With his characteristic flair for lateral thinking, he came up with a weapon that would trigger an earthquake.

Exactly how Hitler built his supergun has remained a mystery, and the story of the Allies’ mission to destroy it has never been told. Now, in a series of explosive experiments, engineer Hugh Hunt sets out to discover how the gun worked. With only a handful of grainy photographs to guide him, Hugh builds his own supergun to see if the weapon really could have brought London to its knees. He recreates Barnes Wallis’s earth-shattering tests into bunker busting technology. Finally Hugh investigates the series of blunders that plagued the American drone strike, carrying out his own accident investigation into the flawed mission, which sealed the fate of a young man born to be president of the United States: Joe Kennedy Junior.

NASA’S UNEXPLAINED FILES dives into the mysteries of some of NASA’s most curious missions to explore stories of engineering achievement and human endurance. Each episode offers first hand testimony from astronauts, NASA mission footage, plus beautifully rendered CGI to bring to life these voyages that reveal unexplained sightings that have dogged many of NASA’s most famous missions. The series also helps puts age-old UFO conspiracies to rest and celebrates the science that has kept us in space for over half a century. 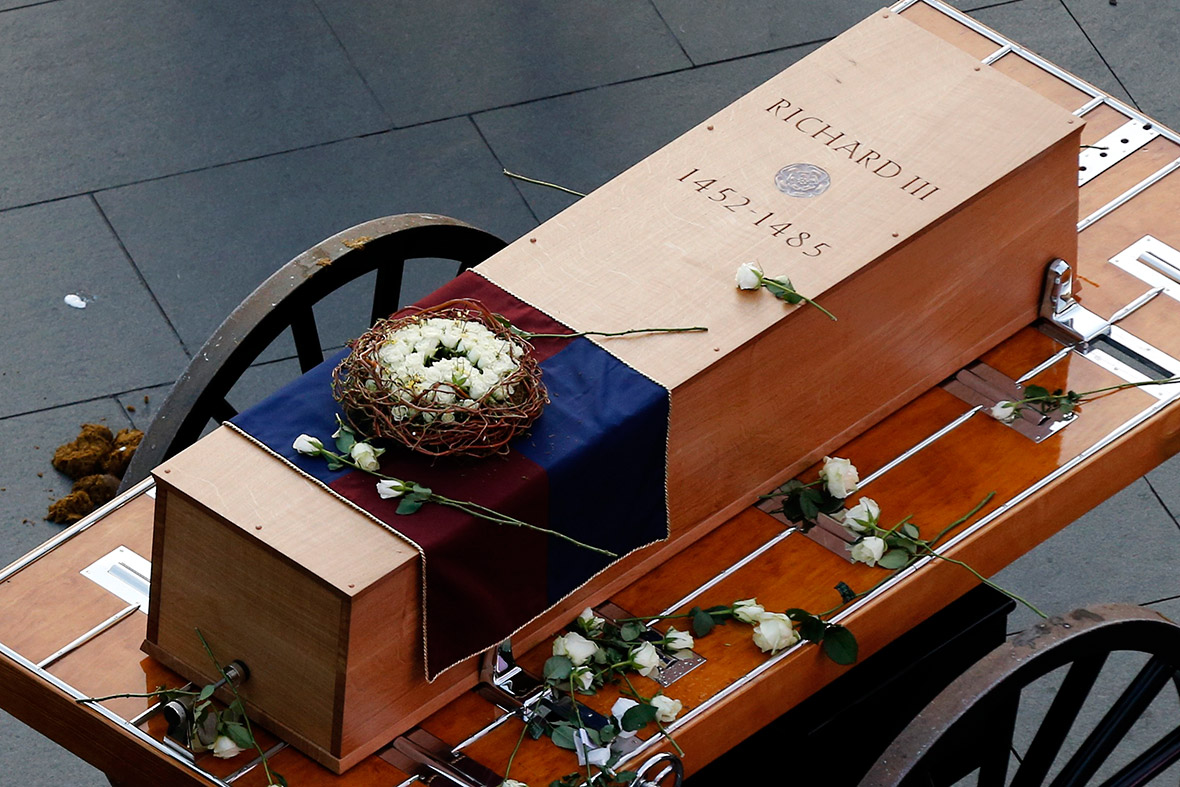 The extraordinary journey of Richard III, from car park to cathedral, culminates in a series of live programmes on the week he is finally laid to rest. DSP brings exclusive coverage of the live burial of Richard III, the last English King to die in battle, watched by special guests and crowds at Leicester cathedral.

A series of services and a procession heavy with symbolism are under way in Leicester as the last Plantagenet king’s mortal remains are borne away to the city’s cathedral.

Crowds of people are expected to witness the once-in-a-lifetime event, including many modern-day supporters of Richard – some of whom have travelled from abroad – who have been captivated by the re-discovery of the king and his human story.

Huw Edwards in London with Sophie Raworth in Belgium introduce an evening of live coverage of commemorations marking the centenary of World War I.

The evening begins with HRH The Duke of Cambridge, accompanied by the HRH The Duchess of Cambridge, and HRH Prince Henry of Wales attending a unique commemoration held in St Symphorien military cemetery in Belgium, where British, Commonwealth and German soldiers are buried alongside each other.

Hosted by Dan Snow, the commemoration pays tribute to those on all sides who died. Among those taking part are Gareth Malone with a children’s choir singing their own specially-written song, Eddie Redmayne and serving British and German soldiers reading poems and testimonies.

For the first time ever, musicians from the London Symphony Orchestra and the Berlin Philharmonic under Sir Simon Rattle come together to mark the occasion by performing British and German music. 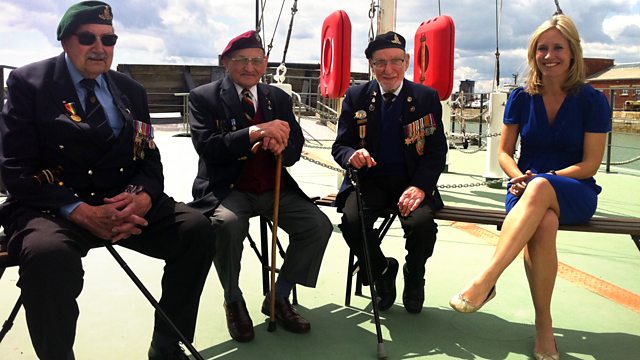 D-Day was the battle that the Allies could not afford to lose. The attack, by 156,000 Allied troops on the beaches of Normandy on 6 June 1944, was the beginning of the end of the Second World War.

More than two million servicemen and women took part in planning and executing this auspicious and daring campaign. Seventy years later, on 6 June 2014, the world will pause to commemorate their success and also their sacrifice.

During the week leading to the 70th anniversary of D-Day, BBC One will tell the story of the countdown to the event itself. Presented by Sophie Raworth, D Day 70: The Heroes Remember (4×45) will feature emotional testimony from veterans who crossed the channel by air and by sea, alongside the memories of locals who remember how the events unfolded on that momentous day.

On 6 June from Arromanches, France, Huw Edwards will anchor the day’s coverage of the special D-Day commemoration ceremonies – the biggest since the 60th anniversary in 2004. Servicemen and women – now in their 80s and 90s – will travel to Normandy to join current members of the Armed Services, European heads of state, royalty and world leaders to remember the friends they made and lost and the war they won for our freedom.

D-Day 70 – The Heroes Return on BBC One will feature highlights of the Bayeux Cathedral Service and then broadcast live from a Service of Remembrance from Bayeux Cemetery, The International Ceremony – which will see veterans stand alongside world leaders, and the Veterans March Past in Arromanches. Highlights of D-Day 70 – The Heroes Return can also be seen on BBC Two in the evening of 6 June (8-9pm).